“How does one say “and” in Lojban?”
“Well… it depends, you know.  For sumti, it’s .e.  For tanru and sentences, it’s je. For bridi tails it’s gi’e. And those were just the afterthought connectives. Forethought “and” is ge for everything but tanru, which use gu’e instead. Relative clauses are connected with zi’e.”
“… oh.”

With no less than six ways to say “and” as well as roughly the same number for each of the other logical functions (OR, IFF, WHETHER-OR-NOT) totalling 26, the Lojban connective system can be quite daunting. But despair not, for there is a light at the end of the tunnel.

So, each of the four functions (AND, OR, IFF, WHETHER-OR-NOT) has six connectives that go along with it that are used depending on the things being connected. Except that the relative clause connective zi’e (meaning “and”) has no parallel form for any of the other functions (those forms are simply missing from the language) and there is also no question connective for relative clauses. This means we get 4 * 6 – 3 + 5 = 26 connectives, rather than, say, 5 * 6 = 30, which would have at least been consistent.

These are the logical connectives of Lojban:

We can summarize the situation by saying that the connective system has two major shortcomings:

Regarding the second point, take a look at this table taken out of The Complete Lojban Language (the official grammar book): 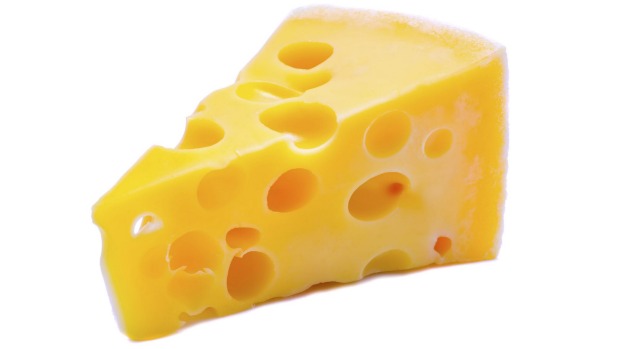 Now that the problems have been clearly identified, let us look at a possible solution.

I will present below a way to reduce the number of afterthought connectives down to a single set of 4 basic ones + 1 question word, by first removing both selma’o A and selma’o GIhA and then letting selma’o JA do all the work, followed by bringing equality to logical and non-logical connectives by removing selma’o GA and selma’o GUhA and replacing them with a universal mechanism.

I will work under the assumption that kujoi is a thing of the past and that lo broda joi lo brode is perfectly correct, so I am not going to address this as part of my discussion of simplifying the connective system.

The selma’o of A is the selma’o of sumti connectives (see CLL Chapter 14 Section 6). It is made up of the following cmavo:

This selma’o exists because of an old parser restriction of the YACC grammar that requires that everything be parsable with one token of lookahead. However, the now de-facto standard parser camxes uses a PEG, where lookahead is infinite, and where kujoi is no longer a thing. This fact alone undermines selma’o A’s raison d’être.

We can safely leave it behind and replace it with selma’o JA. Then the pattern is simply:

ra pu cusku «lu mi na temyzi’e li’u» ja su’o simsa
“They said “I have no time” or something like that.”

Surprisingly, in order to make JA able to join bridi-tails, it is enough to reconceive the cmavo cu as a bridi-tail starter (i.e., every bridi-tail begins with a cu, either explicitly or implicitly via elision), then everything else just naturally falls into place. All JA needs to know is where one bridi-tail ends and another one begins and the cmavo cu will guarantee that we can always mark the beginning of a new bridi tail.

Then, the general pattern becomes:

This looks exactly like the pattern we saw for connecting sumti… because it is.

Let’s poke at this pattern to see if and how it actually works.

lo pendo cu prami do je cu djica lo nu do gleki
“Friends love you and want you to be happy.”

The moment je sees the cu to its right it knows that it’s supposed to connect bridi-tails.

Next, a similar case where the first cu is missing:

mi prami do je cu djica lo nu do gleki
“I love you and want you to be happy.”

Even though the first cu is missing, je still knows that it’s supposed to connect bridi-tails because it sees one to its right initiated by cu, so this example poses no problem either.

What if the second cu is missing?

mi prami do je djica lo nu do gleki
“I love you and want you to be happy.”

It… actually works. It works because je wants to connect two units of the same kind. To its left it sees do and to its right it sees djica, a sumti and selbri (or potentially a bridi-tail). As these are not of the same kind, and because the right-hand side unit determines the kind of connection, the do must be part of something else that matches the type of the right-hand side. It could be a selbri, but there is no selbri to the left of je. There is, however, a bridi-tail on both sides.

With all of these opportunities for elision, be careful not to elide cu when you shouldn’t, as in the following case: 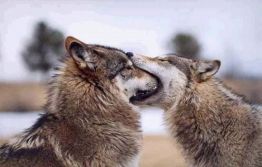 You are always on the safe side if you do not elide the cu after je.

For the same reason selma’o GUhA exists in the official system, we will actually need two markers, one of them specifically for tanru.

We arrive at the following general patterns (one for anything but tanru, and one for tanru):

The connected units can be as complex as desired — they just have to be of the same type.

Tanru forethought connectives must use gu instead:

Up to this point, all we looked at was connections of exactly two things. Official Lojban also permits connecting more than two things… but only indirectly. That is, if you want to say “X and Y and Z” in forethought, you can only do so by saying both “both X and [both Y and Z]”, connecting two things each time for a total of three connected units:

With the official system this becomes:

With simplified connectives it would become:

Neither of those is very pretty.

What if gi could just be repeated as often as needed, like this:

With this, a forethought connection would no longer auto-terminate after the second connected unit. An ambiguity arises:

ga jo’u lo tadni gi mi je lo ctuca cu jmaji
? “The students together with me and the teachers, gather.”

I meant to say that the students gather together with me, and also that the teachers gather, separately from us. But the sentence could also mean that the students gather together with me and the teachers, depending on the precedence of the different connection types. With gi no longer limited to one argument it becomes necessary to be able to explicitly mark the end of a gi chain so that such complex interactions not only remain unambiguous but also become more controllable so we can more easily group things the way we want them (in a PEG there actually would be no ambiguity, but one of the possible readings would simply not be available).

In short: We need a terminator.

In her own experimental grammar, guskant proposed that gi’i be this terminator. This is possible because gi’i is no longer needed as a bridi-tail connective, so it is free to do something else instead. It also has a fitting sound due its similarity to gi, and is thus easier to remember. Therefore, my proposed connective system will copy this approach.

The problematic example above can now be disambiguated as follows:

ga jo’u lo tadni gi mi je lo ctuca cu jmaji
“The students, together with me and the teachers, gather.”

And all is well again.

This concludes our elimination of various selma’o. Let’s see —

What we are left with

By tossing selma’o A, GA, GUhA, GIhA and ZIhE, the logical connectives got reduced from

We also kept the helper cmavo gi, and added the terminator gi’i to open up the potential for forethought connections with unlimited arguments. ji is the new universal connective question, restoring balance by replacing the sore thumb that is je’i.

This looks quite impressive, but what do we do with it? Can five connectives really do the work of 26?

The following elegant rule is all we need:

Two things “match” when they are of the same type, e.g. sumti, selbri, sentence, bridi-tail, relative clause, etc. There really are a whole lot of types that can be thus connected, so the payoff is huge.

Here is a list of just some of them.

Every connection type is available both in forethought and in afterthought. Without smoke and mirrors. No trap doors, no exceptions.

The system also removes any difference between logical and non-logical connectives, which means that selma’o JOI as well as VUhU can be merged into selma’o JA, again eliminating two selma’o.

The time has come for a complete rundown, with —

A Fair Comparison — Old versus New

Here is a direct comparison of how the current (i.e., official) system and the proposed system handle all the possible (and impossible) connections.

Old on the left — new on the right. Words in square brackets are elidible terminators. They are only shown where relevant.

If you are interested in seeing more proposals in a similar spirit you might also like the other posts in the Simpler series: A Simpler Quantifier Logic and A Simpler Morphology [coming soon].

If you have comments or questions leave them below.

11 thoughts on “A Simpler Connective System”